The Outsized Role of the U.S. in Ocean Plastics 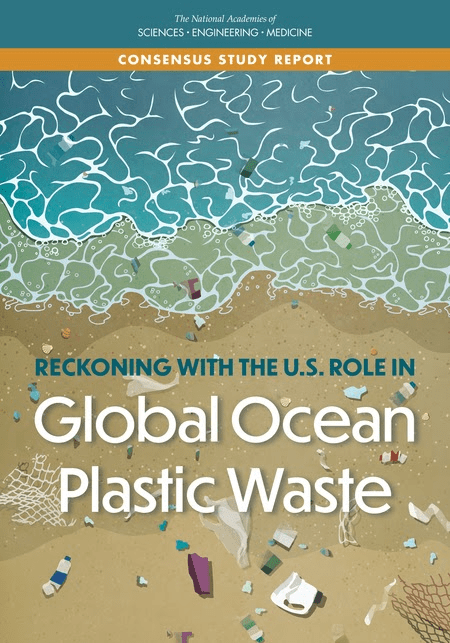 The Outsized Role of the U.S. in Ocean Plastics

The United States should create a national strategy by the end of 2022 to reduce its contribution to plastic waste in the ocean, including substantially reducing the amount of solid waste generated in the U.S., says a new report from the National Academies of Sciences, Engineering, and Medicine in a Dec. 1, 2021 press release. The report also recommends the U.S. establish a nationally coordinated and expanded monitoring system to track plastic pollution in order to understand the scale and sources of the U.S. plastic waste problem, set reduction and management priorities, and measure progress in addressing it.

Reckoning with the U.S Role in Global Ocean Plastic Waste concludes plastic waste in the U.S. is ubiquitous and increasing. Worldwide, at least 8.8 million metric tons of plastic waste enter the world’s oceans each year — the equivalent of dumping a garbage truck of plastic into the ocean every minute — and in 2016 the U.S. generated more plastic waste than any other country, exceeding that of all European Union member states combined.

The report says today’s recycling processes and infrastructure are grossly insufficient to manage the complexity and quantity of plastic waste produced, and that a large portion of plastic waste is disposed of in landfills.

See the links below for report highlights and an Interactive Overview. A  prepublication copy of the full report is available now for $69. (Prepublications are non-proofed copies made available to the public immediately) Preorders are being taken for the final paperback version.