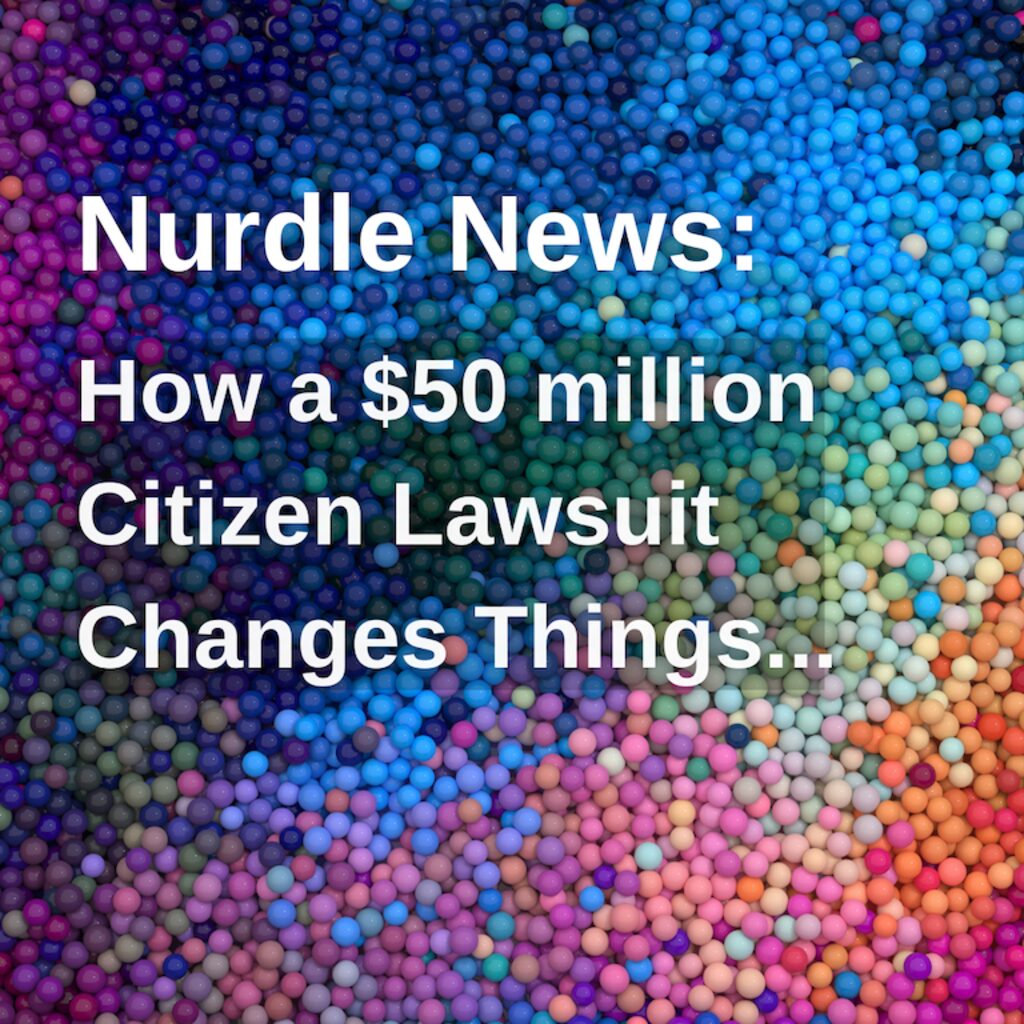 Across the globe, toothless regulations and meager fines have left many plastic and chemical companies polluting with impunity.  But when retired shrimp boat captain Diane Wilson won a $50 million case against plastic manufacturer Formosa Plastics for leaking plastic nurdles into local waters of San Antonio Bay in Texas, industry leaders noticed and the environment benefited.

Nurdles are the small plastic balls used as the raw material to make plastic products.  They are lightweight, easily scattered, and are notorious for leaking into the environment in huge numbers. When told by a Formosa employee that significant amounts were being discharged into near-by waters, Diane began her search for nurdles. Her first efforts to confront Formosa through regulatory means resulted in a $122,000  fine … that changed nothing.

So volunteers from Diane’s San Antonio Bay Estuarine Waterkeepers began rigorous collection and documentation efforts, allowing her to go to court against Formosa with 24,000 samples of nurdles and plastic powder, and mountains of data, photos and video.

The evidence allowed a judge to award what may be the largest settlement brought by a private citizen through the Clean Water Act.  Formosa had to pay $50 million into a Trust that will be used to fund conservation efforts.  Since March 2021, Independent monitors have since added $6 million in fines that are payable to the trust, and Diane and her team are involved in reviewing Formosa’s nurdle containment plans.

The full story is inspiring other citizen activist groups to collect and document plastic pollution in their own local waters, and helping pass legislation to tighten regulations on nurdle management.